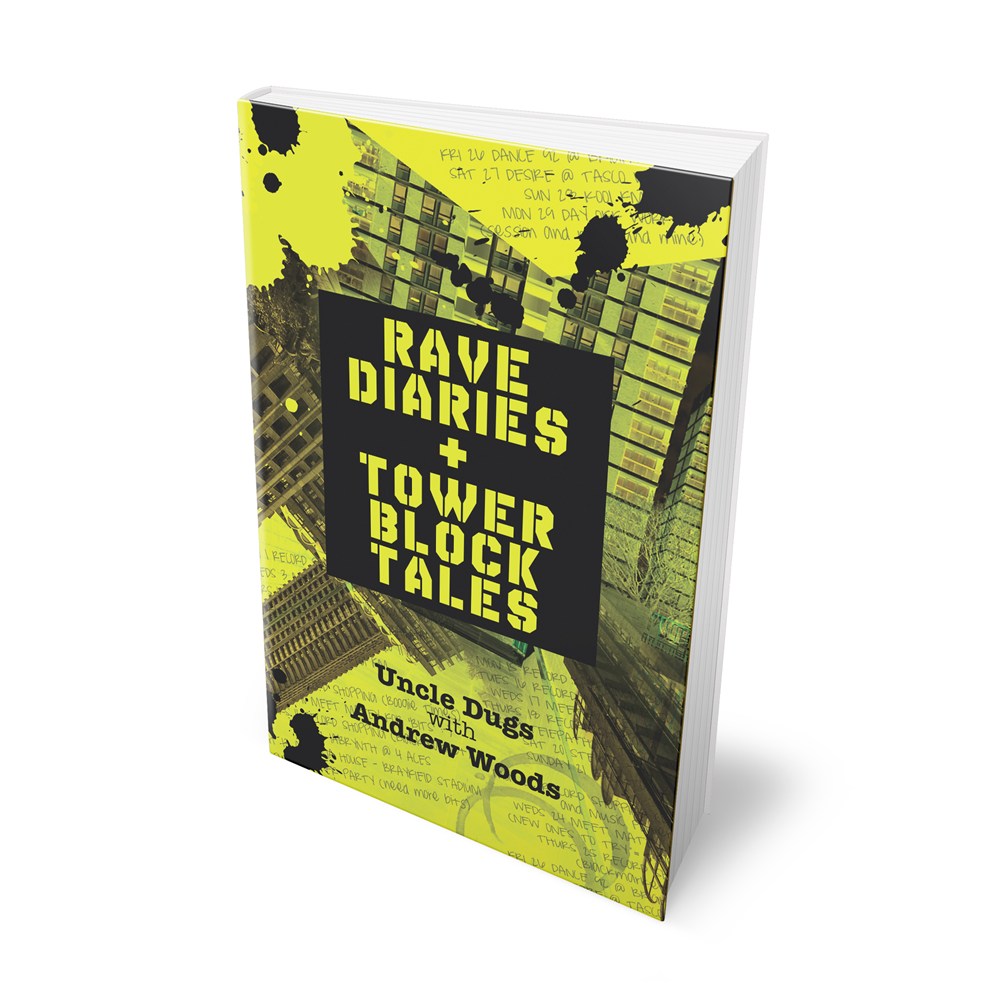 POLICE RAIDS!
GUNFIGHTS!
AND ENOUGH DRUGS TO KNOCK AN ELEPHANT OUT!

Rave Diaries And Tower Block Tales is a compelling account of one man's journey through music. Bred on a diet of rave and jungle the young Uncle Dugs had a dream: to play his beloved music on the illegal pirate airwaves of London Town and on the main stages of the UK's biggest raves. In his pursuit of this goal Uncle Dugs became a legend of the illegal airwaves and a champion of the emerging street sounds. From rave to jungle to grime to dubstep and beyond Dugs has become one of the most important cogs in the underground UK music machine. Rave Diaries follows Uncle Dugs from his first gig playing jungle on east London's Conflict FM before going on to establish Rinse FM as the UK's number one pirate during the early noughties' explosion of UK garage, grime and dubstep. Uncle Dugs eventually landed a slot on Kool FM with an immensely popular show that reignited the oldskool rave and jungle scene for a whole new generation.

Now back on Rinse FM Uncle Dugs tours the world playing the music he loves as well as putting on parties of his own. One of the most influential DJs of the last 20 years, Dugs has helped give a voice to many MCs, DJs and musicians along the way including Dizzee Rascal, Wiley, Skepta, Skream, Logan Sama, Caspa and more.

Rave Diaries And Tower Blocks Tales features contributions from many of the colourful characters who have bumped into Dugs along the way, including Goldie, Chase And Status, Zinc, Jumping Jack Frost, Slipmatt, Billy Daniel Bunter, Geeneus, Evil B, Phantasy and Nicky Blackmarket. An extraordinary insight into the often cut-throat world of pirate radio, this is a tribute to all the tower block heroes; past, future and present.